Android is the most popular mobile OS. One of the reasons behind its massive popularity is that it can be customized according to the user. Android Launchers play a significant role in it. However, off late, it has been noticed that the popularity of Android Launchers is decreasing day by day. In this blog, we will discuss the reasons behind the decline in the usage of Android Launchers.
What are Android Launchers?
Android launchers are applications used for sprucing up an Android smart phone's home screen. They can also do the job of a personal assistant. One of the best things about Android is that the users can design their device's interface. The Android home screen and app drawer can be personalized very easily. With the help of the launcher, which is also known as the home-screen replacement, modifications can be done with regards to the software design and OS' features and these changes can be reverted.
Why are Android Launchers Becoming Less Popular Amongst Users?
Lately, it has been observed that  Android Launchers are getting less and less popular. In this blog, we will go through the reasons behind the dwindling popularity of Android Launchers.
Main Reasons Behind Declining Popularity Of Android Launchers
1. Custom ROMs
While commonly ROM stands for Read Only Memory and is associated with computer hardware, Android Custom ROM is different.
When it comes to Android phones, custom ROMS are software firmware that are based on the Android platform of Google. Since Android is open source, developers can edit and recompile the code. Android user can install custom ROM for changing the working and appearance of their phone.
A number of Android device owners go for custom ROMs rather than 3rd party Android Launchers because the former provides them with more customization options.
2. Improved quality of default launchers
One of the other reasons behind the decreasing popularity of Android Launchers is that Android phone manufacturers are now paying more attention to the default launchers. Major manufacturers have added a number of customizations along with the default Android User Interface with their very own customized User Interfaces.
Now, Android phone manufacturers also give constant updates to the UI for resolving glitches and adding more features to it. Hence, users prefer to use the default launcher instead of 3rd part launchers to get a uniform and glitch-free experience.
Also as the stock Android interface's demand is on a rise, Google has begun to partner with manufacturers for making smartphones with the stock Android UI. These are known as Android One devices.
As the Android One devices come free of bloatware, users get to enjoy the complete stock Android interface without having to install 3rd part Android Launcher.
3. Glitches and bugs associated with Android launchers
Some users experience problems with their device after they install a third party Android launcher, this happens especially when the launcher is not correctly optimized. Also, additional software eats up the RAM along with the storage space.
Since to run an extra later of User Interface, processor cycles are needed, this can lead to a loss in the device's performance especially while playing games.
While certain Android launcher appears good but they are not coded by good developers. For this reason, 3rd party launchers often lead to issues such as battery drain, shortage of storage space, and device lags if the configuration is not done properly for the particular phone.
Wrapping up
Android can be customized as per the user's preference. Earlier Android Launchers were a popular way of customizing phone's appearance, but people are not a huge fan of them anymore. There are several reasons for this, such as better default launcher, Android One, and Android Custom ROMS.

Read more on Webroot Support to protect your PC's and smart phone's. 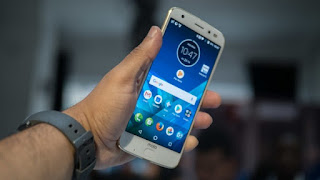 Posted by Verified Toll-Free at 11:31 PM